My self hosted website, running in a Rackspace Cloud instance, got stuck and I figured out how to unstuck it. 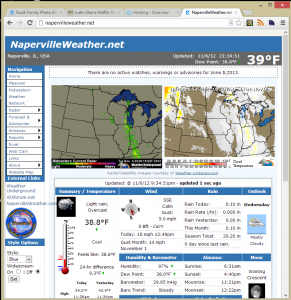 My weather website, NapervilleWeather.net, is hosted on Rackspace Cloud.  Last night it went down.  I couldn’t ping, ssh, or retrieve the website.  I really had no idea what was going on, so I did what I would have done if the server was in my basement, I rebooted.

The Rackspace Cloud portal has a reboot button.  I tried first the soft reboot (that didn’t work), then I did a hard reboot.  It still didn’t work.  So I went to the Rackspace chat line.  A couple of nice people told me about the console.   Since I hadn’t ever had a problem before, I didn’t know about it. 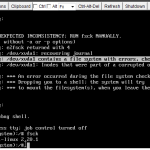 The console told me that my instance was stuck in single user mode because of file system check errors.  I called up a couple of my friends and they recommended I exit and let the reboot continue. The most likely source of fsck errors were from me doing a hard reboot.  /tmp and /var/log might have been hosed up.

That I did and now everything is ok.  But, I had trouble figuring this out because I was running the portal from my work.  The console works through VNC and apparently uses ports that are blocked by my company firewall.  I had to go home and access the console from my VNC friendly NAT / Router .  At work, the console was just a blank screen.