We were in Tel Aviv on business and for our first night we decided to walk north along the Tel Aviv Promenade along the Mediterranean Sea to find a restaurant somewhere in the Tel Aviv Port area. 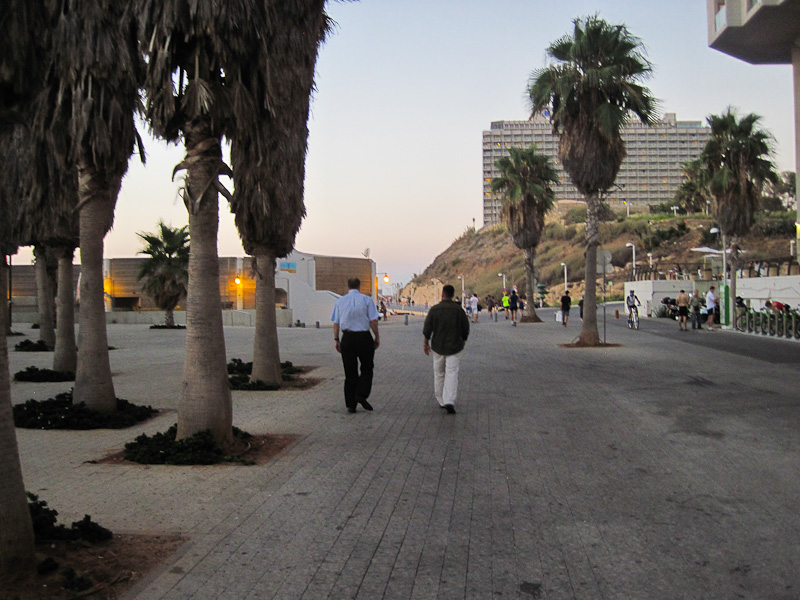 We started at Gordon Beach, this is the recreational area behind the Crowne Plaza hotel.  We walked north passing by the Tel Aviv Marina, Atzmout Beach,
Hof Hadatiyim beach, and the Metsitsim (Sheraton) Beach to the Tel Aviv Port.
The Port is a real port, but it is mostly a boardwalk area with lots of restaurants and shops.  Lots of people were out for a walk, running/jogging and bike riding.  We stopped at a restaurant named Boya (means Buoy).  The location is just south of the little airport named  Dov Hoz Airport.
We ate dinner and walked back.
References: Tel Aviv Beaches, Boya Restaurant, Tel Aviv promenade

The whole walk was either on a sidewalk, paved trail, or board walk.  This is very well suited for bicycle riders, skaters or just business travelers out for a walk.  The Mediterranean Sea was always in view and made the whole experience wonderful. 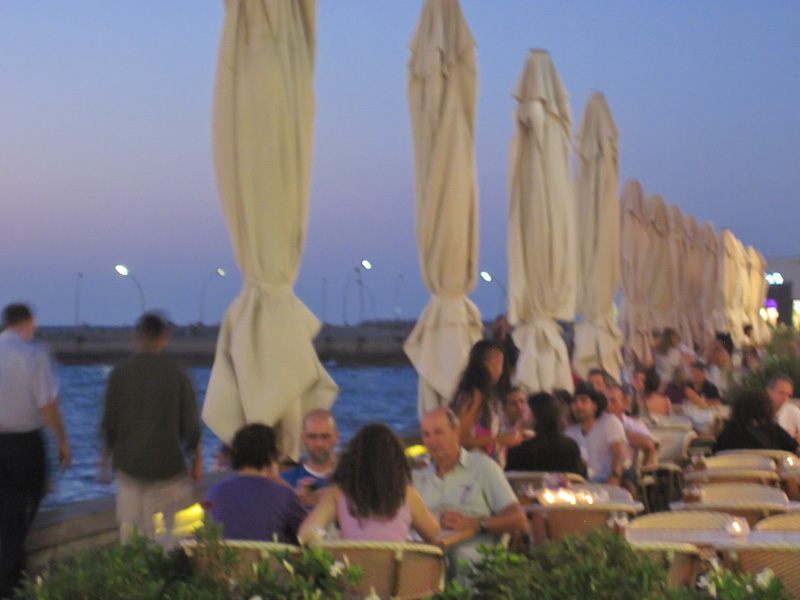 Background on why I was Updating to jQuery 1.9:  For a number of reasons, I needed to update my website to a newer version of jQuery, jQuery 1.9. My site, designed in 2010 was started on v1.4 and had last been updated to 1.7 in 2011. I knew I had several out-of-date methods and expected to some debugging and troubleshooting. Well, in the end, it took me 6 hours spread over two days. It wasn’t really that bad, but since I don’t upgrade jQuery everyday, I had a little re-learning to go through.

For starters, I knew that v1.9 had deprecated many of its old methods. In fact, I learned from the upgrade web page, , that v1.9 comes with a special migration plug-in. I was pleased to see this and used this to address most all of my updating challenages.

For example, $.browser() method was deprecated. The migrate script reported this to me in the Chrome console, as follows:

With a little digging, I was able to find that I was using an old version of blockUI. When I changed to the new version the warning message went away.

I also got the following warning messages related to type changing and the change to the andSelf() method:

Again, it took a lot of digging, but I was able to isolate the problem to my tmpl.js script. I was using a really old version. I think with a little more skill on my part, I would better be able to use stack backtraces or some other Chrome tool to find these quicker, but this problem was hard for me to find.

Since I was also using an old version of jQuery-UI, I stumbled upon a couple of breakages triggered by curCSS:

For some reason, also, the dialog() method wouldn’t display text in the “OK” button and it would always popup at 0.0 (upper left), so I upgraded to jQuery-ui v1.9.2.

One last thing for Updating to jQuery 1.9. I had to change all of my .live() events to .on(). The migration guide clearly covered this.

This was easy to do; I had to do it in 6 different place, and it worked the first time.

Updating to jQuery 1.9 was a little more painful than I would like, but feels good to get caught up.

Ok, now that I’ve converted to jQuery v1.9, I can try out some of the new things. 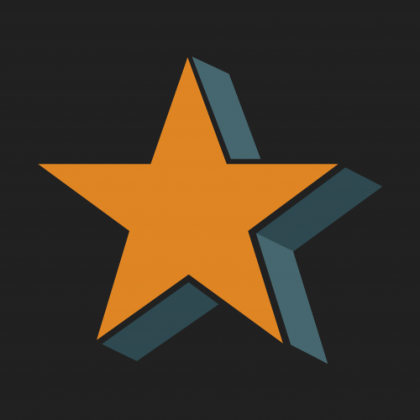 As part of updating my website to HTML5 boilerplate 4.2, I am finally converting my CSS to use normalize.css.

where style.css borrowed heavily from a prior version of H5BP and most of my custom styles were in screen.css. To me, all of this worked, but I was delighted to follow H5BP’s lead and refactor my CSS to use normalize.css.

where normalize.css is version v1.1.1 taken from the H5BP github repository. The main.css is the H5BP file with my custom CSS inserted at the designated spot (“Author’s custom styles” section).

So I didn’t trust that this work work very well. I have always been kludgy and I mostly hack together my CSS; I am happy to align with a framework like H5BP, but I wasn’t optimistic that this would be easy.

After about an hour, I was done. It wasn’t that bad. Here’s a summary of the tweaks that I had to make to my CSS:

Background color. My web page has a black background. I have been setting it using the body tag, and I should have been using the html tag. The comments in normalize explain why this is better and there’s a whole series of blog postings explaining why my prior design was clueless (at best). Reference: Understanding the HTML versus BODY Element in CSS

Drop down menu padding. The way my drop down menus were defined, the normalize.css margin and padding mucked things up. Rather than redesigning my menus, I added some CSS to compensate.

In normalize.css the following tripped me up:

To fix this, in my custom css I added:

Nav tag. My menus use the nav tag and so does normalize.css. I had to also fix the margin and padding there, too

Printing styles. Also, I had to go into a different section of main.css to edit in my print styles. In the section titled “Print Styles” I put the following at the very end: