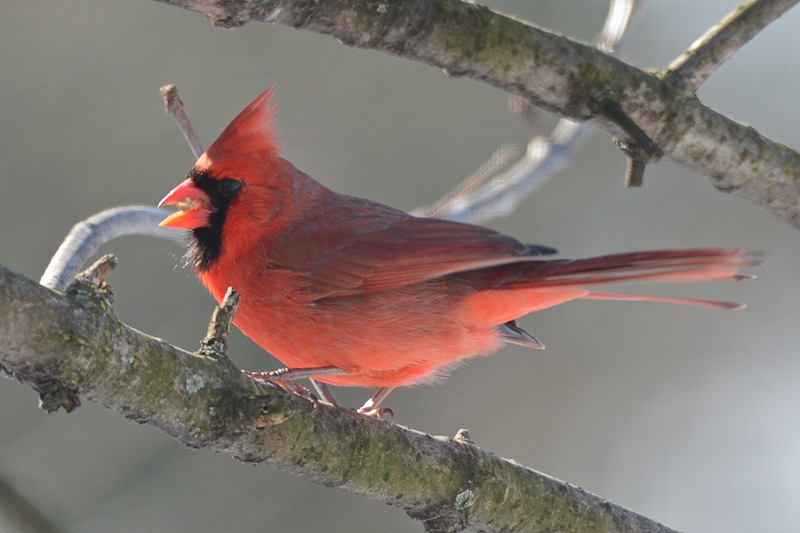 It’s fun to put out bird food during a snow storm.  The backyard birds come out and make for some very nice photos.

There were two big snows in February.  It was very common to see Backyard Birds like Cardinals, Nuthatches, Black-capped Chickadees, Starlings, and Goldfinches.  And of course whenever you put out bird food, it’s only a matter of time before the neighborhood squirrel comes over and wolfs down the bird food. 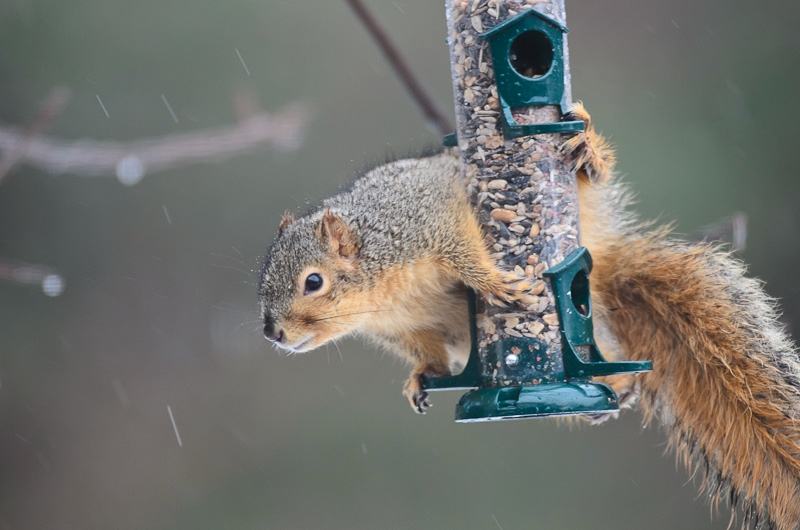 The images in this posting are all taken with my 500mm f/4 lens.  The birdfeeder is on our patio and I setup a tripod in the kitchen.  The photos are taken through our new bay window.

I did have a few challenges.  It was windy outside, so the branches were wiggling back and forth.  The birds were not sitting still.  And, the sky was over cast so it was a challenge get the right mix of shutter speed and aperature. Most of my images had some blur. 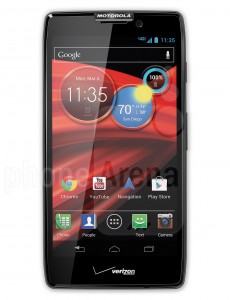 #IVotedToday About 20 minutes at 5th Ave Station in #Naperville. #Election2012 #Vote, a photo by jkozik on Flickr. 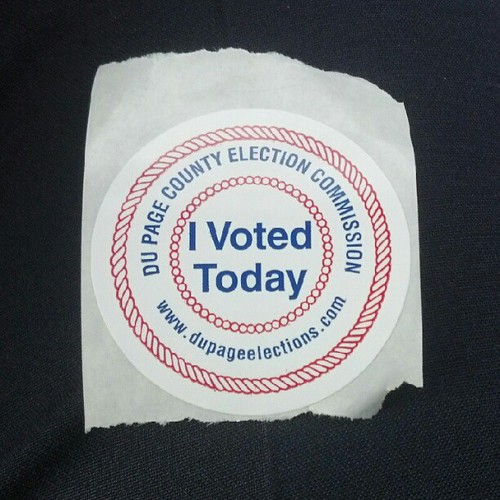 Here’s the sticker I got after I voted today. The polling place, 5th Ave Station in Naperville Election 2012 , was crowded, but not too bad. About a 20 minute wait.. Even though it’s a train station, there was a big block of parking spots.

The ballots was a large legal sized page of paper.  I was given a black felt tip marker.  When done, a slid the ballot into a xerox machine sized vote reader.  I was delighted to get the “I voted today” sticker. The trigger for me buying the Nikon 500mm f4 Lens started when I tried to take pictures of the beautiful birds in Florida.  With my more normal 18-200mm f3.5-5.8 lens, the picture of the birds were ok, but I wanted better.  For this posting, I wanted to share some of the photos from my new telephoto lens from our recent vacation in Captiva Island, Florida.

Birds from Redfish Pass with my Nikon 500mm f4 Lens 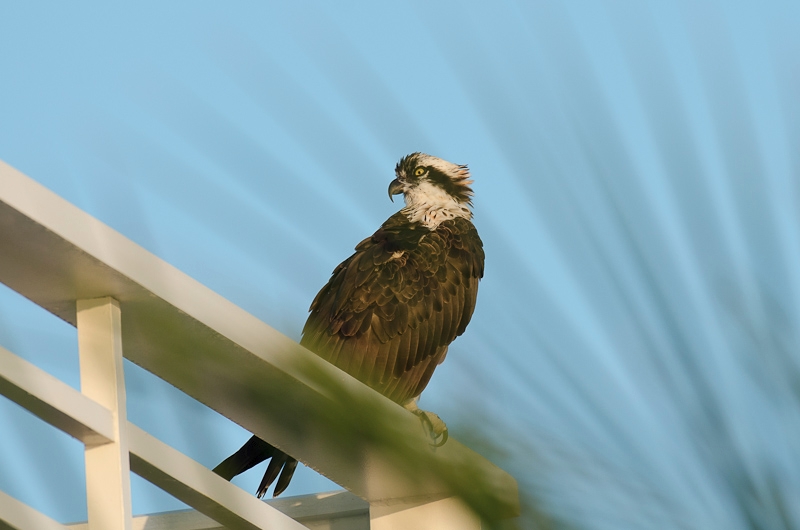 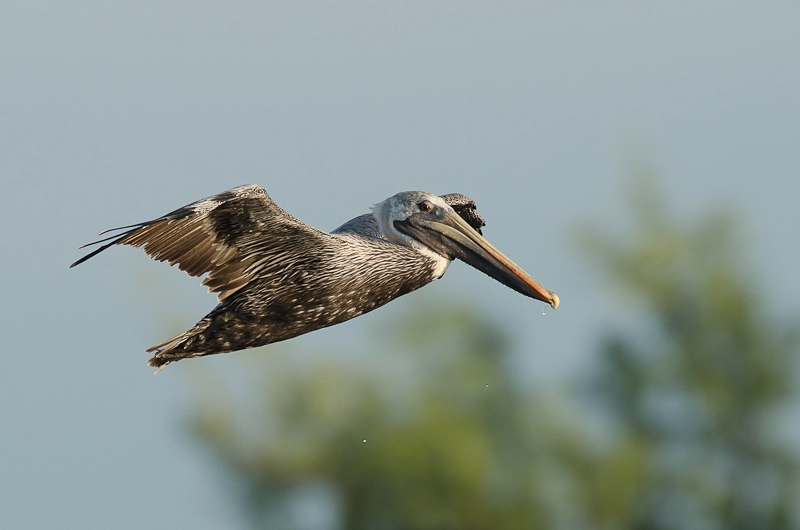 Here’s two favorite examples with the depth of field set to f/6.3  On the left, the focus is on the Osprey and the foreground palm tree is blurred out.  The focus on the right is sharply on the Pelican, with the background mangrove trees nicely blured out.  You should see the full resolution pictures! 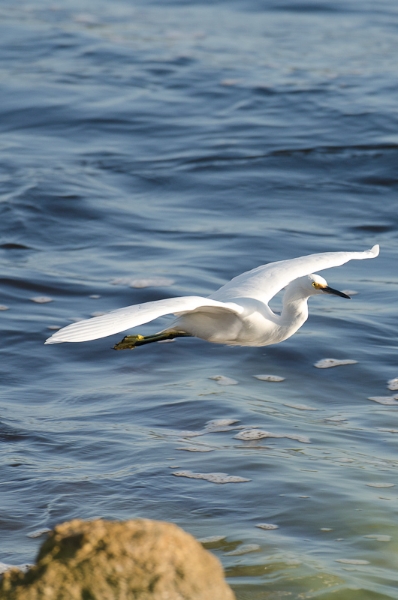 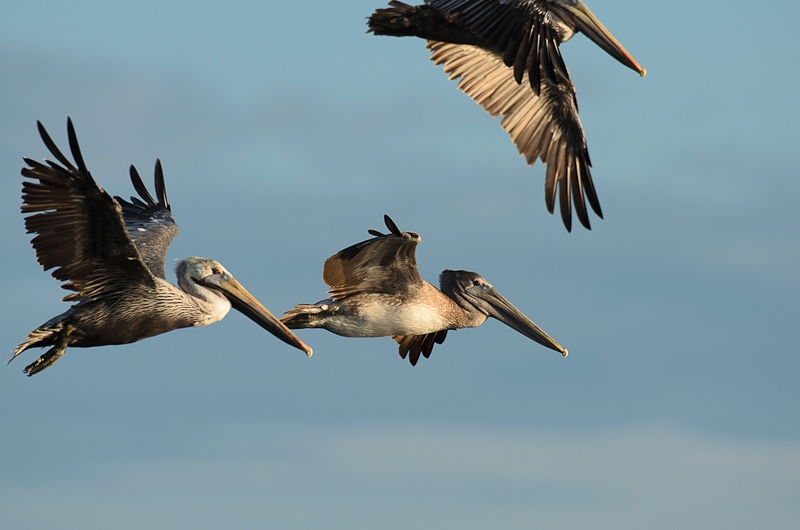 Above are a few more birds in flight photos.  Using the 500mm f4 lens, these pictures were both shot at f/6.3 1/1250 with nice sharp focus with slightly blurred backgrounds.  Very nice. 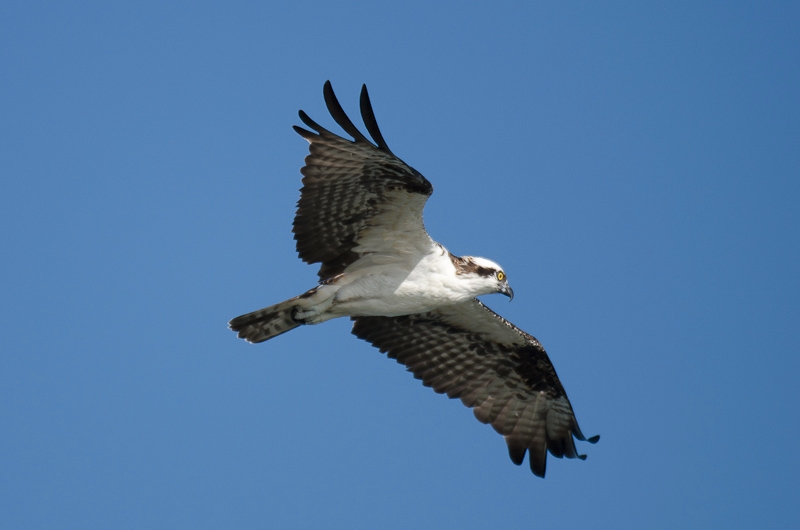 The two pictures above were both taken at f/4 1/2000.  The Osprey were frequently seen flying overhead carrying a fish.  Much more frequently, we saw Pelicans diving into the water to grab a mountfull of fish.  Both soared beautifully overhead, nicely flying with the morning sunlight showing a very flattering, sharp view.

These pictures were all taken from the balcony of our condo over looking Redfish Pass.  This small gap between the North most point of Captiva Island and North Captiva connects the Gulf of Mexico with the shallow Pine Island Sound.  This stretch of water has lots of fish, and thus lots of big beautiful birds.  Of course it helped alot that I took the pictures right after sunrise, with near perfect lighting!

A favorite activity for all visitors to Sanibel-Captiva is to visit the Ding Darling National Wildlife Refuge. It’s a home for a wide range of Florida wildlife.  A visitor drives slowly along Wildlife Drive and stops to look at the wide variety of birds.  For this trip we saw: Great Blue Heron, Great Egret, Snowy Egret, Iris, Black Crowned Night Heron, Roseate Spoonbills, Hawks, Osprey, etc. 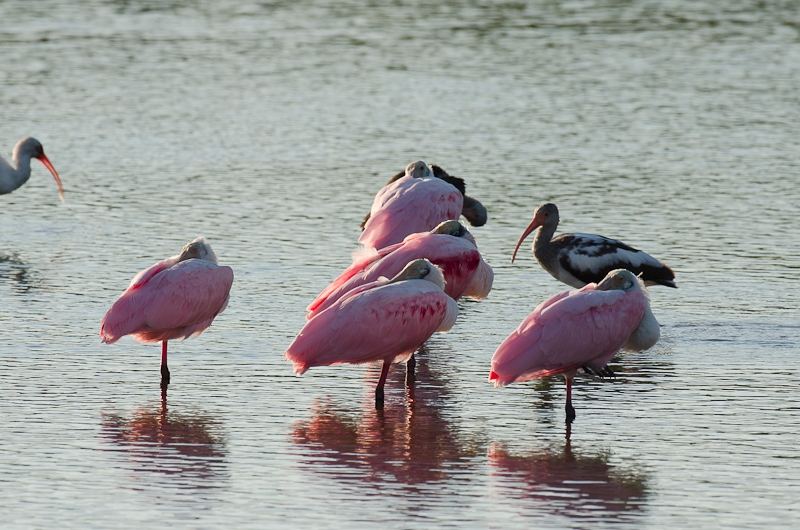 The above pictures have Roseate Spoonbills.  From my many years visiting Sanibel-Captiva, these birds are most commonly found here.  Its always a thrill to see them. I have plenty of pictures of these guys, but they are much larger and clearer thanks to my new lens.  Since our view of the marsh area is from an access road, I rarely get a closeup view. And finally, here a nice picture of a Black Crowned Night Heron and Cormorants.